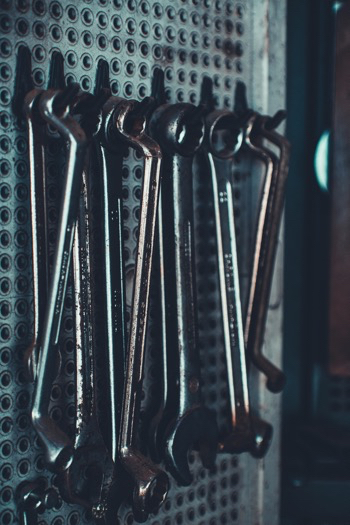 In any art work the final adjustments mean that we are nearing completion, in cultural change I want to argue, it is the sign that the process is only just starting. An initiative is designed to start a journey rather than complete a goal. In an ideal world managing culture would be a constantly evolving process; multiple small micro-changes with a feedback loop in near real time that allows the process to be navigated. Culture is more like an estuary with strong and weak currents and constantly shifting sandbanks, assuming stability is a danger. But it is a simple fact that few organisations do that and the river silts up, maps are out of date and then a shipwreck or two triggers the need for an initiative. Given that an initiative is nearly always major the complex systems law of unintended consequences comes into play, it’s the only certainty. The added danger is that new initiatives have a lot of political kudos tied up with their being successful so failure is less likely to be reported, correction becomes more difficult.

One of the simplest ways of reducing this danger is not to design or build a final structure but instead create sufficient structure that evolutionary processes can allow something more sustainable and resilient to emerge. This is where the concept of scaffolding which came out of our retreats last year is key. I’ll be writing a lot on this subject over 2019 and it is the final missing piece that I needed to get the book done. But for the moment consider the following types of scaffolding, linked in this case to the Cynefin framework and my earlier post in this series.

In this new way of thinking about design you start by determining which type of scaffolding you put into place, or which you need to acknowledge. Adjustments then are not to outcome but to the enabling constraints that scaffolding provides. In effect tinkering becomes a permanent occupation and you need to keep your tools to hand and well oiled.

Of course all of this requires perspective. I’ve used a picture from my recent Great Wall trek as the banner illustration to make the point. This section was once intact but its now (as I know) a hazardous enterprise to navigate it. In the picture key transitionary stair case has collapsed and rock climbing skills are needed to get across. Overall I can see the longer term flow of the wall in the background and the descent to this section is a sheer cliff. If you know about the great wall we have the urban myth of it being the only human structure visible from space and of course it is not one wall, its many walls build with varying degrees of skill and hubris over a long period of time. Sometimes new walls were built, and other times older walls were repaired, connected or extended; sometimes for the vanity of Emperors, sometimes at the direction of War Lords. Amazingly the Wall follows the crest of the hills relentlessly so it is mostly visible from any high point. But I have to get close up to get a sense of the state of repair and ideally I need the wall populated, human sensors providing the best feedback loop. The Wall is a type of scaffolding, it can halt cavalry if defended but the patterns are interesting. The soldiers were often not paid and might let the invaders in, or it might be more convenient to pay off an invader – its very messy and very human.

So the adjustments? When to repair and when to rebuild? When to abandon Structures? Where to man the wall, where to allow commercial interests to intrude. Once a wall is built we are committed to its maintenance and staffing, but without a wall the natural horse warriors of the north might get all the way to Beijing without any inhibition. The essence of cultural change is minimalism ….

In text picture by Markus Spiske on Unsplash

The big issues are now behind us in this series and the final three posts ...

When I started this series I said I was going to follow the metaphor of ...