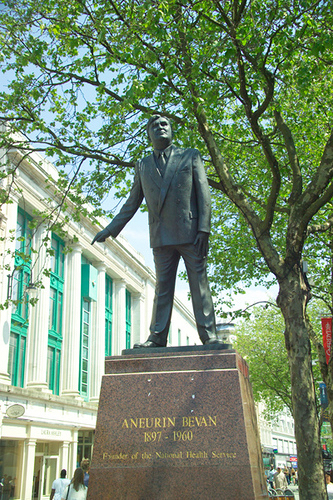 I was in Cardiff yesterday for one of those meaningless warm up matches that give you a sense of the coming season, and then watched a far from meaningless warm up match between Ireland and Wales on the big screen. Next weekend its more serious for the Blues with the first match of the season, and less serious for Wales with a final run in against Italy before the World Cup starts. I’ll be there for both matches and should be able to make a walk on the Beacons before the Italian Match. In between I’m doing four days on the Welsh Coastal Path from Tenby the Dale staying in pubs overnight and thanking God for super light clothing from Rohan and Paramo which mean I can do it with a daypack. Given that I am carrying the Nikon and three additional lens weight becomes a factor when the walk distances are 21, 18, 17 & 16 miles respectively. I’m taking my holiday this year is a series of 3/4 day walking breaks with the intention of getting to Aberystwyth or possibly Porthmadog before returning to the Mountains for Winter. But enough of this ….

Whenever I go to the Arms Park I pass this statue to the founder of the Health Service, who followed another Welshman Lloyd George who got the whole idea of heath being something that should not be the prerogative of the rich. We are a tribal nation and tribal members understand obligations. What a lot of people do not realise is that the statue of Bevan faces Cardiff Castle which is probably the exemplary in the UK of the extravagance of the obscenity of extreme wealth. The Marquis of Bute owned the coal fields and the docks that supplied Welsh Steam Coal to the fleets of the world. He was so rich that rooms are plated with gold and previous stones and he built fantasy castles. Next door people starved to death, died of choked lungs or pit falls to support that wealth. My own Great Grandfather, Jonah David was his Head Gamekeeper but after he died of the heart attack the whole family were thrown on the streets and ended up fighting their way our of a slum in Cardiff Docks over two generations. My mother would never go into the castle in consequence.

Earlier yesterday I had cast my vote for the Leader and Deputy Leader of the Labour Party. I ended up voting for Cooper not Corbyn but it was close. In Greece, the UK and the US we now have people leading popular movements that want to believe the world can be different. In contrast this morning, in the Observer Tony Blair launched another attack on Corbynwhich might have persuaded me to change my mind if the ballot had not already been sent. His argument was not to do with policy or believe, but it was all about getting elected. Now don’t get me wrong, you have to get elected to change things but if the price of that election is that you are watered down version of the other party then I fail to see the value. On that basis the Labour Party would never have been formed and we would still be arguing pragmatically for Wiggs over Tories. The reality is that we need a balance between the two. At the moment the orthodoxy sees everyone rushing not to argue for what they believe in, but instead to say what their focus groups say the average want to hear.

One of the main reasons for this has been the growing professionalisation of politics. People decide to be politicians at University and manage their career accordingly, becoming political advisors then moving to safe seats. Only a few decades ago most people spent ten years as a teacher, a miner or a lawyer before being chosen to represent their constituency. They knew the lives of the people and they believed in things and wanted other’s to share than belief through a democratic process. They could hold an audience in the local Town Hall for an hour or more, they were not entirely focused on the sound bite and the politically correct language. They were human beings with human fallibilities. The great leaders of Britain such as Gladstone, Lloyd George and others would not survive the modern scrutiny of the press that wants some sanitised Blair Babe. People of all ages are starting to rebel against this. Maybe the qualification for representing the people should be that you have first been one of them? Getting rid of the professional political class might be a good start. Make it like the civil service a parallel career stream not a linear process?

Many moons ago I used to drive into work everyday from Lockeridge to Farnborough. It ...

One of my favourite Cynefin related Gaping Void cartoons. A key aspect of Cynefin is ...