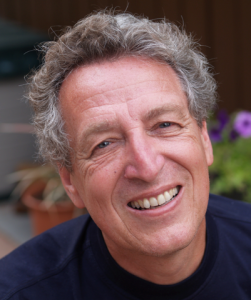 his blog is being posted on behalf of Thomas Townsend.  Thomas will be teaching our newest course – Cynefin & Policywith Tony Quinlan in Ottawa on Oct 2-3.

Some 10 years ago now when I first became interested in how complexity science might be used in public administration there was a body of thinking but relatively few practical examples of applications. That has changed. Governments pushed by declining budgets and demands by citizens for greater involvement have been looking for new ways to work. This has brought attention to approaches informed by complexity science for working with intractable problems as well as a way to square the circle of making localization workable and relevant. Interest by public administrations has given rise to a new Cognitive Edge Coursededicated to the application of proven methods in the analysis, implementation and ongoing learning in the field of public policy.

So what is applying complexity thinking to public policy really all about?
It is often easier to see things through the discussion of a specific example.
One such example is the growing interest in “labs”. Called by various sources as change labs, policy labs, social labs, social innovation labs or living labs. I will refer to them here as labs.

Labs are not new but are increasingly being used by government organizations. They have their groundings in design thinking, group dynamics, and complexity theory. Some of the important features of good lab work involve looking at the problem in its context and using the complex adaptive system as the lens through which work will be undertaken. Additional concepts from complexity theory that are inherent in good lab process involve working with finely grained information, looking for patterns, using experiments, recognizing and even stimulating self organizing properties in the system and adopting an iterative approach. Many of these concepts and approaches will be familiar to the practitioner network and it is not difficult to identify specific CognitiveEdge methods that can be used in a lab approach. Examples of labs in specific policy areas are evident in many communities and I will leave readers to search for those closest and most relevant to them.

While particular labs are for the most part run at local levels policy design labs at national or at regional (province/state/territory) level are in early phases of development. Labs are being pursued as an additional avenue for exploratory policy work by a number of departments at the federal level here in Canada. Labs in this context are being viewed as a possible “Agile” styled approach to policy.

Labs are not, however panaceas and can become their own source of problems.  A recent forum hosted by Kennisland in the Netherlands identified four potential types of issues emerging from the improper use of labs. I want to highlight two here as they relate to cautions that Dave has raised over the years. The first is solutionism (Dave would call this putting new wine in old wine skins). If organizers and participants of the lab have not shifted their paradigm to a complexity informed outlook they may see the lab as a structure for solving problems rather than a space to promote experimentation within a complex adaptive system. The second is the dictatorship of scale. Scaling often assumes that we can find a best approach then apply that approach broadly. While this may be possible it is not always the case (in particular if we are working on policy issues in the complex domain) so Lab outputs need to be looked at as a unique fit to their context and generalizations treated with caution and subjected to testing in a safe to fail way.

Thomas Townsend has over 35 years of developing and implementing strategy in complex policy environments. He is a Visiting Scholar at the Centre for Public Management and Policy, University of Ottawa and lecturer at the Global MBA Programme, Turku, Finland.

Immediately preceding his retirement from the Public Service Mr. Townsend was the Executive Head (Assistant Deputy Minister) of the Policy Research Initiative (PRI) now called Horizons Canada. Horizons Canada is the organization that supports the Federal Government with forward scanning, medium term analysis and research on emerging issues. Mr. Townsend has also worked with the Canadian Mission to the European Union. His key responsibilities in that position were exchanging policy advice with the European Commission and EU member states in areas related to health, labour market, social affairs and education. In previous roles he was responsible for federal programs related to learning which included literacy, student financial assistance, learning technology, and academic mobility. He was the first CEO of CORCAN, a Special Operating Agency responsible for providing work skills inside Canada’s Federal Penitentiaries.

My last full day in Australia before flying back to the UK tomorrow and it ...

I've been thinking through narrative approaches to conflict management and peace and reconciliation over the ...