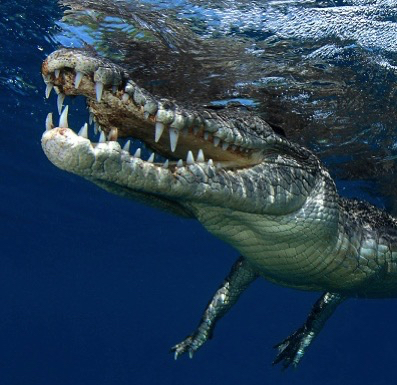 Over the years I have had various encounters with cults from the overtly religious to those that might be better characterised as management fads. What is interesting about all of them is the argument that experience, or rather privileged experience, is required before you are allowed to criticise them. I had this with a bunch of NLP guys (the pseudo-science not Natural Language Processing) who in a long battle on wikipedia argued that the only legitimate criticism could come from people who had been through their training and certification course. A couple of years before one of them corned me in the car park of the Parrot Inn in Forest Green (it’s a long story but it involved an attempt by some people in IBM to suborn the nascent Cynefin body of methods to NLP) and asked if I had anything I needed to tell him. Other than would you please stop intruding on my personal space I had nothing but he repeated the question three times and finished with ad admonition that when I was ready he would be there for me. He was the possessor of hidden knowledge, the master awaiting a new acolyte.

A few decades before we had the same with the extreme evangelicals who were opposed to our political activism (justification by faith alone type arguments). Pointed out that not engaging is to in effect take the side of the dominant agency didn’t have an impact, but we were invited to pray with them. The suggest that action was also prayer (a theme in its own right in this modern age and I may return to that) fell on deaf ears. Suggesting that the Catholic Church had a tradition of friars as well as contemplatives ditto – a point I make to a lot of modern well-being advocates who are withdrawing, not as a part of a community but as individuals. In the contemplative tradition individuals may withdraw, but they are part of a community in which others are active, others teach and so on. Individual experience outside the context of collective responsibility has always worried me.

Now all of this came back in a social media exchange with some SAFe practitioners running the standard playbook of responses when they are criticised. They argued that no argument was valid unless it came from someone trained as a SAFe practitioner with extensive SAFe experience. In fact the criticism was an a priori one based on the nature of scaling in a complex system. SAFe aggregates and imitates, in a CAS you decompose and re-combine (more on that in my Christmas series). There were also objections based on over constraint, top down management etc. Now if you are setting yourself up to compare the day to day effectiveness of one equally coherent method over another I can see the point. But if the initial test of coherence fails why would you waste time? Worse, pattern entrainment can too easily follow practice.

The point I made, and with regret I’ve had to do it too many times in too many contexts, was that I can a priori make a decision not to jump into a seemingly tranquil lake in the National Park. Especially in that river near the entrance where they tempt to salties with chickens and associate humans with food. SAFe has other things in common with NLP by the way; it picks up some methods and principles that are valid, but then uses them to create validity for the approach as a whole. Its also rapidly becoming a cult.

Nothing pleases people more than to go on thinking what they have always thought, and ...

One of the oddiities of our increasingly digitial world is the way that birthday and ...