Can we start again? 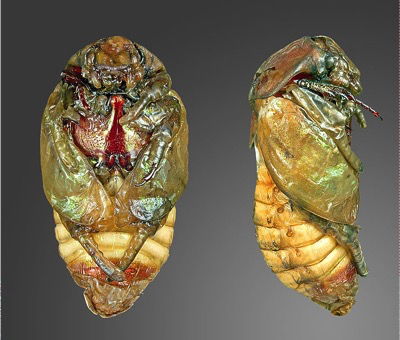 One of the major issues in virtually any change initiative in organisations is the constant assumption that one can start from scratch. I addressed the issue of setting goals and targets in a series of four posts earlier this month which starts here. I realised over the last few days of short coastal walks that I hadn’t addressed the impact of history on how we understand the here and now. Now back in the 1978 one Pete Pyhrr published a book ‘Zero Based Budgeting: A Practical Management Tool for Evaluating Expenses’ based on his work in Texas Instruments and it became all the rage when I was a Development Accountant at Hunting Surveys and Consultants in Borehamwood, and subsequently as a team leader and then Business Unit Manager at Datasolve in Sunbury on Thames. The basic idea was that most budgeting simply followed on the pattern of previous years and it would be a good idea to start again from scratch, or at least that was how the latest batch of management consultants interpreted it. It was one of the early popular forms that evolved from systems dynamics and cybernetics. It didn’t have the same impact as BPR but it occupied a lot of time and was based on the same set of assumptions that followed the engineering metaphor of the time – the assumption that an organisation needed to be a well oiled machine not a messy eco-system. I read the books, I played the game, I learnt how to answer the consultants questions in order to protect my business and its staff. We had a few recessions back then and I’m proud I avoided redundancies but it wasn’t easy.

Now just carrying on as before was a problem with budgeting and it is still around. We have the end of year need to spend money in order to maintain budgets. Novelty is problematic if it isn’t planned into the budget cycle two to three years in advance and so on. We’ve now got the Beyond Budgeting guys who are interesting and are gaining some impact. However I think there are problems with anything which starts with the idea that you change mindsets. I’ve see so many old way bad, new way good lists over the years and they have impact but eventually they are easily gamed and mutate over time to more of the same. Organisations are political entities and while you might want them not to be it is a part and parcel of human society at any level. We need to get to a point where dynamic reallocation of scarce resource is possible in shorter cycles than traditional budgeting in the complex domain but longer cycles are fine in order. But I’ll come back to that subject on another day and I probably shouldn’t have got caught up in my first example!

The essential point I am making is that the past influences the way we perceived the present. This is true at an individual level in terms of cognitive activation but is also collective. Experience shared through stories creates filters through which we perceive and shape reality. Discontinuous change does happen, but generally only after major trauma. Most of the time what you do has to be a development of where we are – my point from multiple earlier posts. Small shifts in the right direction are more sustainable and provide more protection from the unintended consequences that are the only predictable aspect of change in a complex system.

It follows from this that we need to ask some very basic questions in respect of change:

More to come on this in future posts but the underlying metaphor is in the opening picture. If we can start again we can be radical, but if any change results is some form of metamorphosis then we can’t go back and start again. That means we need too think again before we act.

Probably the key phrase in my post yesterday was “Start not with what things should ...

Most people came to Ursula Le Guin through the Earthsea novels. I only read those ...