This weekend was a holiday here in the U.S. I took a day trip 200 miles north to Mono Lake to photograph the strange and beautiful rock formations at the lake. The formations are called tufa and consist of calcium carbonate fused together in a geologic process thousands of years old. It is one of the oldest lakes in North America and dates back at least 760,000 years and perhaps over 1 million years old. These formations are up to a few meters high and are formed when calcium rich fresh water percolates up through the heavier carbonate rich water of the lake. The lake is saltier than the ocean because it has no outlet and minerals are concentrated due to evaporation. (you can see other photos)

You might be wondering why the tufa are above the surface if they are created by fresh water percolating up through the salty lake water. They were formed when the water level was much higher and have subsequently been exposed. Water level dropped significantly after 1941 when Los Angeles started capturing the runoff before it entered the lake. If not for a few lawsuits and the work of ecologists from the University of California, the lake would be dry by now. Los Angeles is 350 miles away but needs to capture the water to fill its growing water needs much to the chagrin of California cities far to the north. We now know that Los Angeles needed so much water because it grew quickly after the electrification of the U.S. that allowed for climate control in the arid and hot Los Angeles basin. I will stop there with retrospective coherence.

Before they were pushed out, Native Americans lived around the lake and were of the Paiute people. The local band was called Kutzadika’a Monache which translates to fly eaters. The name comes from one of their main food sources of brine fly pupae foraged from the lakeshores. The interpretive center at the lake states that the brine fly pupae are “about the size of grains of rice and taste like bacon bits.” This food source is unique to this area. The Kutzadika’a people were excellent basket weavers and they crafted intricate baskets for winnowing the fly pupae.

I was fortunate to spend some time a few years ago wondering around an area a hundred miles to the south of mono Lake where the relatives of the Kutzadika’a made arrow heads and other tools of obsidian. The area is a small flat valley that is bordered on one side by a river and the other by a mountain range. The ground is littered with small bits of obsidian flakes so thick that in some areas the surface is black and sparkles in the sun.

There is also evidence that these were storytellers. Many of the rocks are flat and of perfect height to sit upon. Around these rocks are large concentrations of obsidian flakes. On further inspection, I noted that when there are 2 or more seating rocks in close proximity, the flake density increased. In one particular location, 5 rocks are arranged in a circle. Here there is virtually a mound of obsidian. One could imagine the men sitting around the comfortable circle making arrowheads and telling stories. The relatives of the Kutzadika’a people also created petroglyphs on dessert rocks by chipping away at the oxidized patina called dessert varnish. This photo is of a shaman depicted with something (rays?) emanating from his head. Many of these petroglyphs show symbols (grids, spirals, zig-zags, etc.) that are consistent with symbols of Upper Paleolithic art from across the globe. J. D. Lewis-Williams (1988) developed a theory based on a neuropsychological model of entoptic phenomena crated during altered states of consciousness. In other words, during altered states of consciousness our visual system creates similar types of phenomena that people apprehend. For Paleolithic artists, these forms became symbols of powerful experiences.

The petroglyphs are signifiers of experience that the early people of this area were compelled to record. There are several theories about why they did this. One theory, for example, is that they were sympathetically calling out mountain sheep by drawing sheep on sacred rocks. I am intrigued by the idea that we could perhaps develop signifiers for our narrative work that parallels the entopic forms of the petroglyph artists. I doubt that we can find something with deep neuropsychological origins as entoptic phenomena, but I wonder if there are symbols we can use that have broad cross cultural significance. 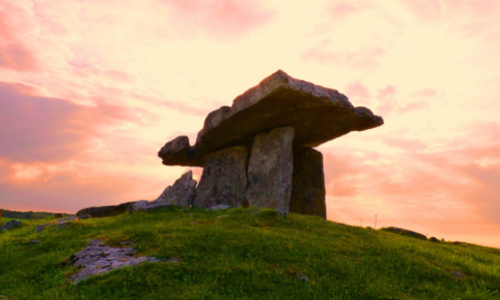 The story of SenseMaker® in UNDP Eastern Europe and CIS