It is a truth universally acknowledged, that any iPod or Car Music collection will have a copy of Queen's greatest hits.  I have remember that as a running gag in a book or radio show and it is truth at least in my experience.   I have one and one of my favourites is Bicycle Race with that wonderful line “I want to ride my bicycle, I want to ride my bike, I want to ride it where I like”.  This is a rather convoluted way of saying that you are not going to get the Simple Domain model today, tomorrow probably.  This is a reflection on rediscovering after an absence of 15 years my Audax bike.  Now twenty years ago when I was working for DataSciences I took up cycling in an early attempt to get fit.  It was fun and the area around Send and Ripley in Surrey was idea with country lanes, canal banks and so on.  At the same time I moved from being a General Manager into Strategy reporting to the Marketing Director who was (and is) a keen cyclist.   He organised company participation in the London to Brighton annual charity ride and I was hooked.  The one downside was walking up Ditching Beacon which showed both my fitness and the quality of the bike, more the former than the latter.

So my Boss and I spent most of the year designing my new bike.  I went for a custom built job from Dave Yates in Newcastle.  That involves meaning measured and fitting and making decisions about what you want.  By now I firmly of the opinion that campag wears in, shimano wears out so that settled that one.  Net result was the beastie you see in the picture.  I almost wrecked in on my first outing.  I got to the Tan Hill Inn and celebrated the ease with which I had made the ascent by downing three pints of Old Peculiar and discovered on a sharp descent that I had lost the capacity to negotiate the hairpin bend and bridge that was rapidly approaching.  I chose the rescue the bike, unclipping from the cleats and throwing it into the heather while my wrist took the impact of my body hitting the road.  A ten mile walk pushing bike in rain against a head wind while nursing a fractured wrist was a sobering (metaphorically and physically) experience.

Recovered a series of training runs in the Berwyns while staying with my parents made the next years Brighton run a doddle and I came in an easy first of all our party.  Thereafter I went out most weekends locally ranging down to Stone Henge as well as west and east in 50 mile trips.  With the IBM take over and multiple fights for survival along with a punishing travel schedule meant my exercise regime went to pot and the bike ended up neglected in the garage.  I got it cleaned and serviced after my parents death almost a decade ago but then I was setting up Cognitive Edge and again there was no time.  I'd bought another utility bike last year for Hay with the intention of using it to go to the shops as well as local rides, none of which were worthy of the wonder beast.  Post diabetes I took it in for a service planning to use it more and got talking with the mechanic.  On an impulse I asked if he could handle Campag and his eyes lit up.  It turns out he used to be on the maintenance crew for one of the bigger teams.  So following the thread I took in the now sadly neglected Audax bike and he spent two days lovingly restoring it.  A flu strip down, new tapes, replacement and better tyres etc. etc.  I only got charged for half a day and was told off (humorously I think) by the manager.  Her mechanic was having to live off run around bikes so mine has restored his faith in the local population.   I rode it back and started to remember how wonderful it is to ride something made for you.

That was a month ago and since then I have been busy and the various long distance walks have occupied my time.  Today I had the assessment of my desk and the bad news is that the desk and the chair have to go which was upsetting.  So at the end I thought I had a couple of hours of unlight left so had a hang spring clearning moment, donned the shoes and cycling gear and set off on my old 25 mile circuit.  This goes from my house along country lanes through the west woods.  A brief 100 yards on a main road is followed by the steep descent from Clinch Common then a delightful high speed journey down the Pewsey Vale.  As I reached the western most point the combine harvesters were out in force creating a wonderful light effect with the setting sun and the neolithic remains on the chalk downs.  I climbed the hill to Adams Grave without noticing the gradient then the well remembered 3 mile run in to Lockeridge and home.  Overall I was only a few minutes over the times I made 15 years ago so I was well pleased to get home, less so with the cold shower due to excessive use of hot water by son earlier.

So its good to be back.  I'm now planning to try for Lôn Las Cymru if I can find a long weekend free 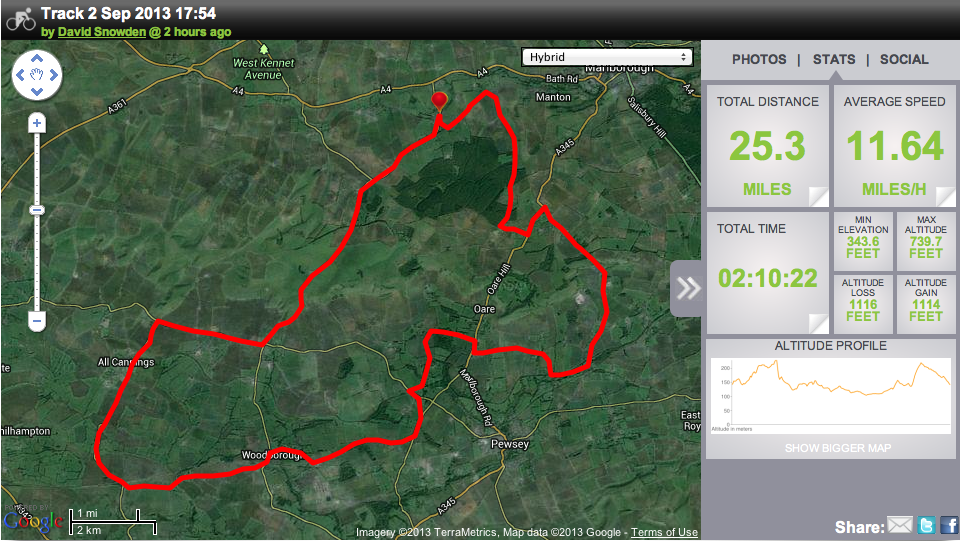 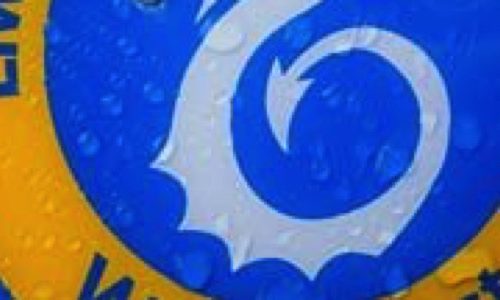 My last version of the chaotic domain model also went through significant change at the ...

Before moving on to the Simple Domain model I wanted to say a little bit ...