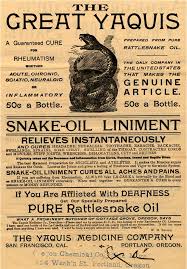 I’ve made the point several times in speeches and conversations that I consider myself very lucky to have entered the world of narrative from the perspective of discovery not communication.  I have (and still do) some work on communication but it tends to be focused on initiating actions to make poor narratives difficult to tell.  Where we do story construction I’ve never taught the skill as to do that smacks of selling snake oil.   If you want to be a story teller it takes years of mentoring and experience and we denigrate the word and value by reducing it to short courses.   Our work uses templates to allow large groups of people to create narratives from fragmented experiences, a very different proposition.

Now none of this should be a surprise.  Over the last decade or so I have frequently expressed concern over the organisational story telling movement and I almost made it a particular target in my recent series of curmudgeon posts.  That said it was an implied target in day three, a clear target on day five and its spoor was all over day six‘s concerns not to mention day seven in respect of the particular nonsense of trying to define what is and is not an organisational story.  At the populist end of the market it certainly falls foul of day twelve‘s concern with anti-intellectualism with some practitioners revealing in their lack of academic knowledge of the field.  Overall my main criticism is where people focus on training leaders to tell better stories rather than focuses on what I term action based modification.

Some of my concerns are well expressed in this post from Nick Reynolds.  I came across it following a complimentary tweet about my recent podcast with Ewan and Megan.  I like his phrase: There is nothing a corporate narrative can tell us that a series of honest, useful and valuable interactions with a company can’t do.  Now that has always been the essence of my approach.   Focus on gathering stories from the market from your employees, then look at patterns in those stories.   Once that is done you as a very simple question: What can I DO that would stimulate more stories like these and fewer stories like those.  To be clear I do not mean picking on the odd story gathered from the floor of the consultancy threshing room, that tends to be the chaf not the grain of genuine experiences gathered in the fields of interaction.  The other problem with workshop approaches, aside from the fact they privilege stories that the consultant likes, is that they don’t provide constant real time feedback loop.   The actions that breed change are small and multiple in nature not the grand Let me tell you a story approach that the workshop approach encourages.

It is worth remembering that the most common meaning of storytelling in english is more associated with deception that it is with truth.  Of course attending a short programme to teach you how to tell a better story can be satisfying.   Bringing in the consultants to gather some stories for you is pretty safe.  But at its heart it is too easy for Executives to avoid real change.  They have now told people how things should be, they can too easily avoid making the small day to day changes that would deeply challenge them but which would over time change the underlying narrative.  The easy path of a quick fix training programme and consultancy exercise or the long hard graft of letting your actions speak louder than words?   The choice for me is clear but the pathway to perdition is often the more attractive.

Yesterday was a frustrating one in many ways.   I had to write a brief ...

It's odd how the past can come back and give you more depth or insight. ...