A spin around the Apple

By flying to New York on Saturday I saved around a grand on the fare which more than covers the extra hotel night and gave me Sunday to adjust to the timezone.  Now for most the past decade I would simply have tuckered down in my room and cleared email all day, summoned room service for a Burger and maybe go for a short walk.  The new regime (weight loss since May now 19kg and counting) will not permit that so after a morning of work I headed into New York by way of the Long Island Rail Road, walked down to the Hudson and hired a bike for the afternoon.

Now I don't think I will hire from Blazing Saddles again.  The adverts were persuasive but the experience was not good. For a start the suggest was made that I have a comfort bike, something that would have struggled get above 5mph.  I went for what was called a performance bike but which was in reality a cheap hybrid.  I asked for advise on a ride pointing out that I regularly ride 50-100 km and was pointed to a route that I was told would take me 5 hours but actually took me (with an extension) under three hours and would have been two hours at most if I had my own bike.   I suppose that youth patronising age is an experience I am going to encounter with more frequency but it is no less irritating. 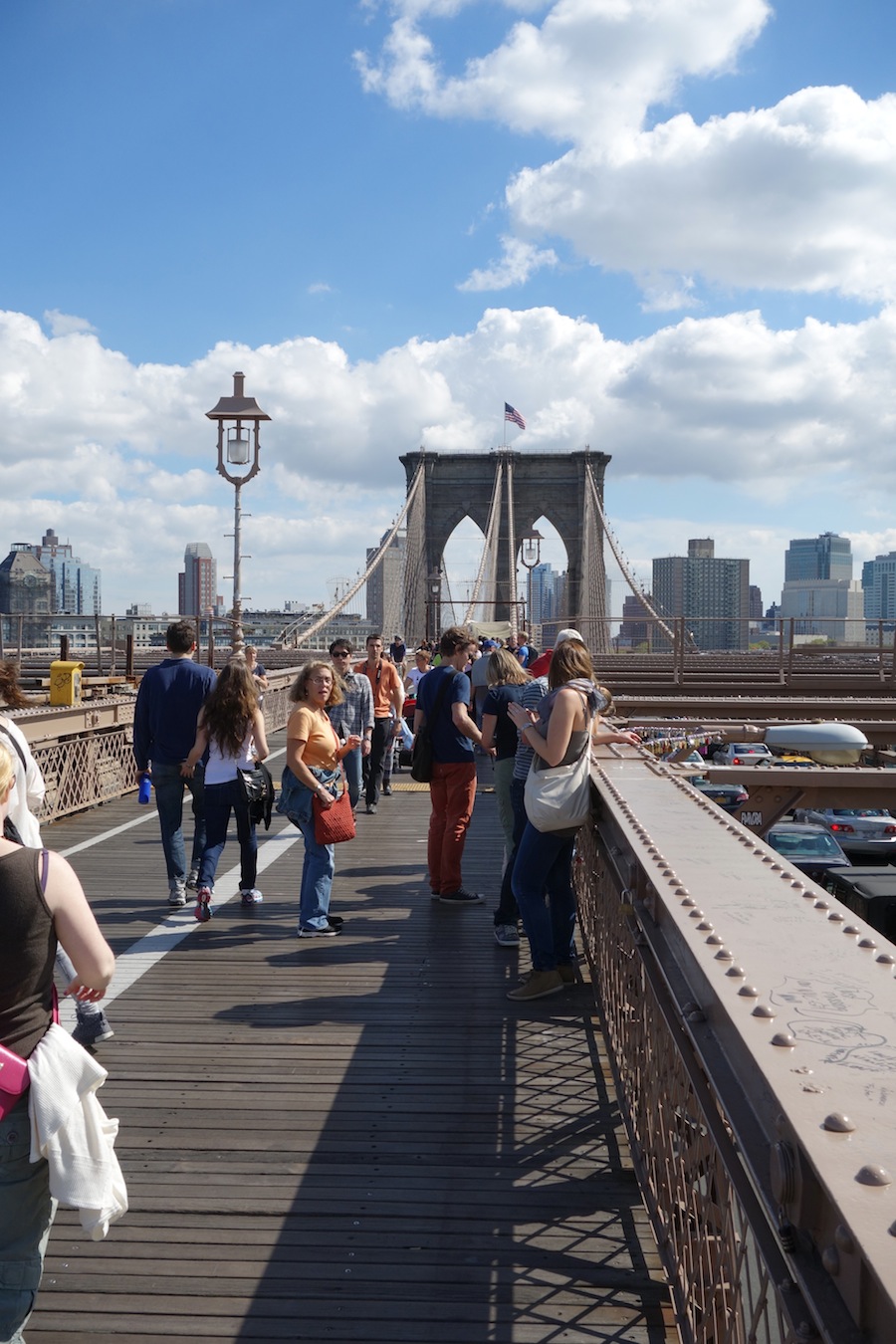 My route took me south along the Hudson, over the Brooklyn Bridge then up along the river to 120th street and back to the Hudson by way of Central Park.  Overall a good trip although New Yorkers ride bikes in the same way that they walk on the pavements, they don't take prisoners.  That I can cope with, but the front derailleur badly needed adjustment.  Not a problem on the flat, but trying to change on any type of gradient was embarrassing to say the least.  The tyre pressure was far too soft for road riding and the front wheel had a slight wobble which the saddle moved a few centimetres back and fore and from side to side.  All added to the workout I suppose, but it was very frustrating to be over taken by people on bikes of equivalent quality to my own.

I was a great day though, blue skies and great views if you ignored all the fences that seemed designed to prevent suicides.  Good cycle paths as well but terrible signposting and the odd scary bit around the UN Building that involved navigating some difficult traffic.  Anyone in a Yellow Cab also seems to regard cyclists as an irritant which makes life interesting.  But that and the bike aside the views were great, other cyclists really friendly and I got to see parts of New York I had not seen before.

Mind you if anyone knows anyone who would rent out a quality bike I would be grateful for the details.  I also think that next time I might head up the Hudson Valley for some country riding, or try out Long Island on an extended tour.  That said I am finding that hiring a bike is a great way to discover a new city.   I have now taken this approach in Berlin and Melbourne as well as New York and I'm enjoying it.

In the future I might also hire the bike for an extended period so I can do some sunrise and sunset pictures with the Nikon 7000.  Some of the remnants of old wharfs, the derelict buildings and former industrial sites are all very photogenic and there is a whole sub ecology involving rust.

I'd decided some time ago that I didn't want to have to pack up and ...

I've always had a sort of love-hate relationships with big cities, in particular London and ...