A sense of direction (4) 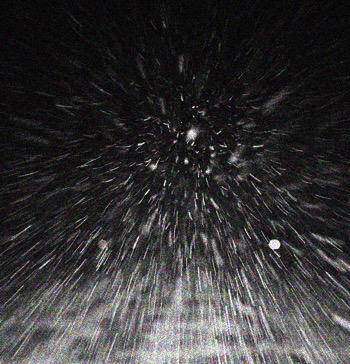 Taking the A5 route Anglesea late in the afternoon is normally a delight as the mountains of Snowdon start to emerge on the horizon. But tonight the exposure produced periods of radically reduced visibility and slippery road surfaces. I flipped into four wheel drive at one point but conditions eased when I got into the shadow of the mountains and I am now safely, and comfortably ensconced in the Cabbage Patch getting set up for writing. For those interested I’ll start blogging material and also provisional contents lists over the next eight days and comments are welcome. For the moment it was a little bit of a metaphor with which to finish this series on the whole issue of targeting, goals and the like.

The underlying theme here, and it is a core principle of Cynefin, is that we need contextual diversity in approaches and methods. In the last two mosts I have done that specifically for each domain, including disorder and the liminal aspects. All of this is important for the book so its been good to spend time on it, aside from the general interest. It frankly amazes me that this is considered novel or revolutionary in nature. There is a British phrase that is appropriate here: horses for courses. Before placing a bet you check out the track record of horse on different ground. Some do better on heavy, some on dry and so on. Different things work or don’t work in different contexts. Over the years I have been increasingly frustrated by advocates of valuable new things who feel that their enthusiasm should be shared by everyone else, be universal in application and involve the ritual burning of all that has happened in the past; a bonfire of vanities (in the sense of falò delle vanità not the novel of the same name.

Over the decades I’ve seen it with successive management fads, some of which have high utility some little, but all appropriate in context. Business Process Re-engineering provided value, but it claimed universality and failed, sick stigma was a lets do it harder and see if it works this time attempt to overcome that which of course made things worse. We had the Learning Organisation, Blue and Red Oceans, Balanced Score Cards and now Agile. All devoid of underlying theory other than in retrospect, mostly providing value, non universal. Each fad then attracts its own followers, masters of retrospective coherence who ride the waves of fashion. More Vanity Fair with Becky Sharpe as the legitimising norm, and they mostly end up in the same place as Becky.

Cynefin is about saying that, in the main, most things had value within context and started to fail when they moved outside of that context. Often they simply failed to understand it and were more concerned to condemn heretics that to create something of lasting value. They avoid the very simply truth that condemning what went before does not of itself legitimise what you propose as an alternative. It also allows for change and movement between application as a field emerges and the entry of new ways of thinking under conditions of uncertainty.

So if we look at the wider question we can see an overall pattern, one that applies in other fields as well. In the Chaotic and Obvious domains we have rigid processes or a draconian process of order. In the Complex and Complicated domain we focus on managing the eco system rather than the specific outcomes. Professionalism to allow trust in judgement in the Complicated and a more diverse, far less efficient, fluid and experimental approach in the Complex but with fast feed back loops directly to decision makers (disintermediation) to allow rapid amplification of success or dampening/redirection of failure. Complex is all about weak signal detection, sensing the outliers, seizing the day. In the liminal domains we are making decisions about change, and about the suspension of change, holding open options being prepared to shift backwards or move forwards at need.

If we don’t recognise this requisite diversity then it is possible to manage systems in an effective (not necessarily efficient) manner. To use KPIs in some contexts but not in others. To realise the limitations of aspiration, the potentialities of the present and the perversion of platitudes.

PS, I’ve used several visual metaphors in this series, but decided not to explain them ….

A sense of direction (3)

I really should be cutting back on the email and task backlog at the moment ...

It was satisfying to find my name on Brian Castellani’s updated map of the Complexity ...