A return to the coastal path

My original plan for this three week tour had been to manage two days of exercise in Sydney.  I had the option of the full weekend in New Zealand and in summer I would have taken that and aimed too complete another section of the Queen Charlotte Trail (I missed posting on that and I must do at some stage).  However that walk was in Summer and it is now winter and I would have had to take some serious kit.   Winter in Sydney however is more like spring in the UK so walking there made more sense given the packing restrictions.  I had thought to redo the Sydney Coastal walk a year on to see how fitness had improved and also because it is a brilliant walk.  Then I thought of taking a coastal walk from Loftus to Bundeena as well as that looked interesting.  However with business pressure two walks became impossible so I fell back to one walk and a half day bike ride.  However the bike ride also fell to pressure so one walk would be it.  I debated it with myself but decided on the repeat as it would produce a longer walk and I was curious as to how I had improved.

So I ended up on the same train down to Otford with the same drunks, but this time with the addition of various homeless people who seem to use the train for a good sleep as there are no ticket inspectors.   It was raining when I left and raining when I got to Otford but it was forecast to clear.  A runner got of the train with me and asked for directions so I set him off up the hill with instructions to turn left at the top.  Fortunately I missed that as well as I found him lost again at the top and about to head south instead of north!  Why not take a map or a gps?   It was also pitch dark and while last time I had the sunrise to look forward to today was not going to see that.   In fact the walk through rain was a pleasure as it was mostly sheltered by the trees.  Things started to clear up and I got my first shot with the camera but nothing like as spectacular as a year ago.  But things were improving and when I got to the Palm Jungle, a source of some difficulty last year it had been developed with a full walkway.  I'm not sure about that to be honest, it made it a little easy and the path was not damaging the surroundings significantly.  However given that most of the population seemed to be runners not walkers maybe its needed. 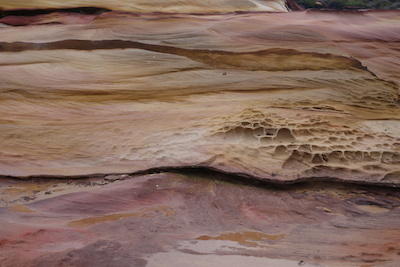 This time I was properly equipped and able to shed layers as the sun came out and I started to get the big blue skies I remember from my last trip.  As the walk progresses the cliff tops become incredible with the rock formations and their colour, one pictured at the start and to the right (one of my favourite areas and I lingered there for a bit.

I was making good pace and on target to complete in an hour less time and get the 1500 ferry but I was feeling good so I added an extension onto the headland but was disappointed in that the aboriginal drawings site was closed.  Overall however I had a extra couple of miles in half an hour less than a year ago so all good.    I recommend anyone in the Sydney area doing the walk, with the extension it was twenty miles but it can be less.  Walk over I got back, changed and then walked up to watch a rugby game. A year ago I would have taken a taxi, this time I got my 55k step badge from fitbit! 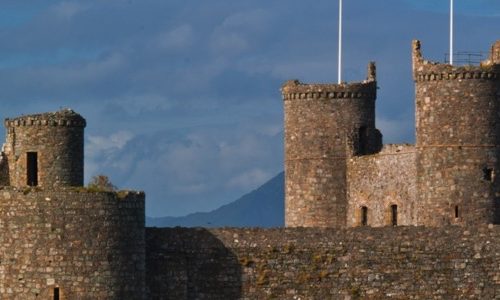 The first seminar on scaling

After my series of posts on scaling it was time to but some of that ...

Last night saw me at the Waratahs v Brumbies semi-final and it was a good ...