A lick of new paint 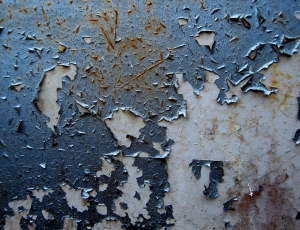 6: Using language without meaning I’m never sure if this particular fault is deliberate sin, simply going with the flow or simply a failure of critical intelligence but it is all too common. Some current examples include people taking the language of complexity and attaching them to old ideas and practices. There are a group of people both published and unpublished who have ideological beliefs about the nature of human interaction, the role of consultancy and the like. We also see some very naive views of the natural systems signing ethical values to systems which are ethically neutral. Anthropomorphism is a common fault in understanding nature and religion alike and it is often manifested here. I have a simple test that I apply which is to see if since the individual or group discovered complex adaptive systems theory they have substantially changed their methods and tools or have simply redescribed them. If the latter then I am deeply suspicious and today, despite a lot of wastedreading further investigation has not allayed those suspicions. Now most of this is well intentioned. If you passionately believe in something then anything that supports that belief will be seized on, the human critical facility is very easily suspended. I’ve seen the same with mirror neutrons and quantum entanglement. If you believe in empathy and connectivity you can see the temptation, but evidence is rarely that simple and you can quickly lapse into pseudo-science or worse. The less well intentioned are simply seizing on something that appears to be fashionable for mercenary purposes. I’ve designated this The Magpie Tendency as it generally involves people simply picking up any bright shiny object they fancy and using it to feather their nest both metaphorically and in reality; there are a lot of people out there who can easily be duped and no shortage of people prepared to exploit that fact. Now that relates to whole concepts or ways of thinking. Another example is the addition of key words that appear to have symbolic power as tokens of meaning. I’m a bit nervous that this is happening with sense-making or sensemaking but its just a minor concern at the moment. The big one at the moment, especially in Agile circles is the use of the word “Lean” as noun, pronoun, adjective and even verb and adverb or so it seems. We have Lean Coffee which is simply a new name for a long established method for group discussion. It has little or nothing to do with the basic concepts developed in Japan based on various interesting interpretations of the work of Deming and others. At its simplest Lean is about improving flow and eliminating waste within a managed process so it can’t really stretch to something that inherits both the benefits and downsides of open space as a technique. In practice its a short form structured open space technique. It’s a great technique for consenting adults wanting to have a conversation or two although I would want to ask questions as to what has happened to the social process that requires such an intervention. Mind you for people who need structure to be open it’s no bad thing.  I’m not criticising the technique which I think was a great contribution to the field, but the name is another thing. The one that worries me more is Lean Startup which again has nothing whatsoever to do with lean and relies on a context free transfer or a very wasteful approach into a context that cannot handle that level of waste. Now I’ve read the books and talked with some of the advocates but I have yet to see anything in this technique which has any substance other than to record the self-reported characteristics of successful entrepreneurs. Now there are three very simple points that need to be made here:

Shifting partial understanding of success from one context to a completely different one as a populist recipe is of course no new thing. Neither is wrapping it up in partially understood and inappropriate language. So this particular fault is a fitting end to 2014 and reaches the half way point in this series of twelve posts.

Industrialisation of the craft

5: Taking something of value, but then seeking to industrialise it While I detest cults I ...

7: The dangers of categorisation The great dystopian novel  Brave New World foresees a future state in which ...