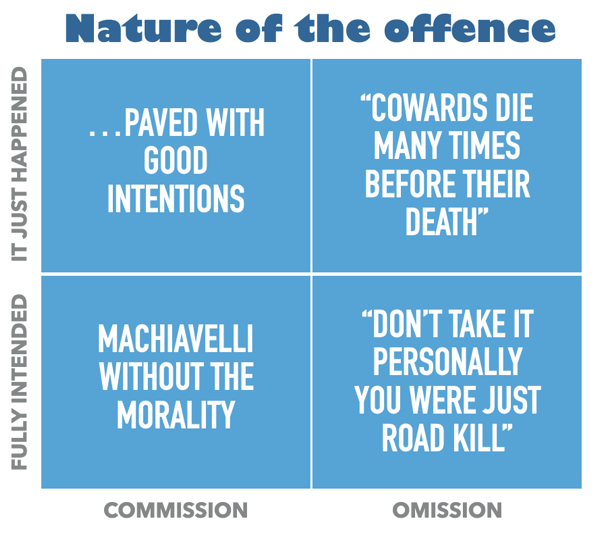 One of the first classic novels I came across, and through the medium of a radio play, was the Count of Monte Christo.  My mother objected to televisions on principle and so we grew up with radio which in many ways was a blessing.  Radio feeds the imagination in a way that television does not.  OK, I had to sneak round to friends’ houses to see Doctor Who but that was a small price to pay and  I’m still proud of the fact that I have never missed a single episode of that series.  Dumas’s novel for those not familiar with it is a novel of revenge.  Our hero Dantès is falsely accused of treason and imprisoned in the Château d’If just off the coast of Marseille.  He escapes, discovers great riches, and embarks on revenge against the three men responsible.  A well-told and at times brutal tale but interwoven with odd acts of mercy and the novel concludes with the phrase “all human wisdom is contained in these two words, ‘Wait and Hope’”

I often joke from the conference platform that you should never insult the Celts as we make the Sicilian concept of vendetta or the Albanian idea of gjakmarrja with its fortified towers for men to hide from the consequence of blood feuds, seem mild in comparison.  Going around one of those towers on my Albanian trek to the Forsaken Mountains a few years back was one of the highlights.  Blood until the seventh generation and all that, but while it is true that we hold a grudge we are also a hospitable people understanding the obligations of hospitality, but betray that trust, and then it gets difficult.

As it happens the idea of revenge, or rather summoning the moral courage not to take it, was on my mind earlier today and I ended up playing with a couple of two by two matrices, one on types of revenge and the other on the matching level of betrayal or sin that would trigger it.  I decided there was no harm in blogging on the subject on the basis that I can trust my audience to read this with a sense of humour.  Of course, if you betray that trust things will get difficult!   So today I thought I would go for the sin and in the follow-up post look at models of revenge.  This is all a sort of indulgence before I get back to some more serious stuff over the weekend when a series of posts have to be written on crisis management.

So the first matrix is shown and on the horizontal access, I have taken a leaf from my book on Dogma and identified sins of commission and omission.  For those not familiar with the concept sins of commission involve deliberate acts of evil, while those of omission involve failing to act to prevent evil.  In terms of dogma both are equally sinful, but in my experience of the excuses of sinners then tend to see omission as a lesser form and indeed proffer it as an excuse.  You know the sort of thing, claims that it wasn’t me but rather others who were responsible; suggestions that they simply were not aware this mattered to you and so on.  On the vertical axis, I ended up going from fully intentional behaviour to things that just happened, a sort of falling into sin.

I should also confess that I had exemplars of all four states in my mind as I produced this, experience is a great teacher so I am going to tell a few stories, but no I won’t name names although someone did say this morning they might open a book on it.  I am also more than aware that do not come to this discussion with clean hands, but I don’t think I have ever been on the left of the matrix but I can think of a few roadkill examples that I am not proud of.

So what are the four conditions?

Having completed this I decided that this isn’t just a joke, it also has some utility in that developing a concept of ethics within an organisation or a society often starts with an awareness of what we should not do.  This was borne home to me in a discussion earlier this week when I was veering to the side of mercy and quoting the parable of the prodigal son when it was forcibly pointed out to me by colleagues that in that parable the prodigal starts with a confession and act of contrition; the fatted calf follows it does not lead. so this is a light-hearted start to what will probably be a more serious subject.  So the following post will attempt to make the punishment fit the crime and match the one-two by two with another, a typology of revenge!

The key to all of this, by the way, is to realise that bad things will happen in your career, try not to be naive but above all don’t be bitter.  That doesn’t mean you should be stoical; Rage, rage against the dying of the light to quote Thomas.  But don’t let it eat you up, shake the dust from your feet, and move on (Luke 9:5 for those interested in the original of the phrase).  But all of that said, forgiveness probably does require contrition in practice, if not articulation.

Nothing pleases people more than to go on thinking what they have always thought,  and ...

We are now at the stage where we start to dig into the patterns and ...