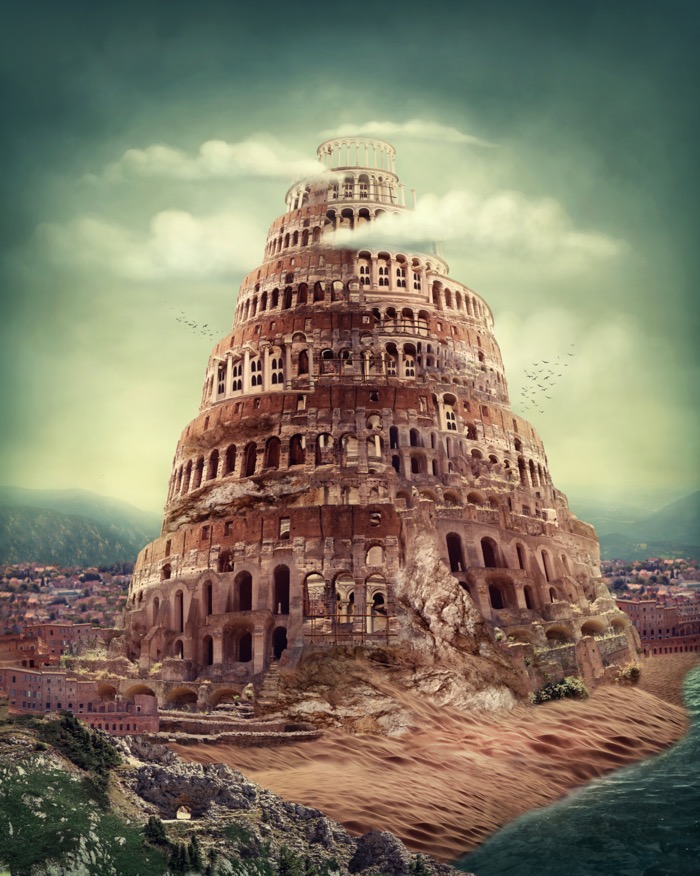 For those who don’t know Wikipedia is twenty years old tomorrow.  It started in 2001 and I became an active editor five years later, User ID 1,988,889 which is the year it celebrated its millionth article and it is now well over fifty million.  I’ve got a little obsessed by the thing and have now edited 3,825 pages and averaged seven edits a day.   I’ve been subject to two Arbcom reviews of my conduct and the difference between the two is interesting.  I’ve had the two articles about me trolled in various ways over the year and learned an awful lot about conflict management and complex adaptive systems in that time.  So in Wikipedia language, I need to declare a COI.  I put together some reflections, including a link to my early experience of being told that I didn’t understand Dave Snowden’s views on knowledge management, in a post reflecting on five years of editing.  That was the best part of a decade ago and reading it I don’t think there is anything I would go back on.

I still blame Euan Semple for this particular addiction.  He suggested that I might find it interesting.  I did, then I got fascinated by the way it works as a complex adaptive system by using behavioural rules as an enabling constraint.  No one will adjudicate content, engaged editors have to work it out between themselves but they have to show good faith, use third-party reliable sources, not engage in social or meat puppetry, no personal attacks, and so on.  It is and remains a near-perfect example of how to design constraints to enable the emergence of value.  Mike Haber has written some interesting material on this and creating a fascinating visualisation of how it all works.  Of course, it is not perfect.  In general, the Philosophy articles are good because the editors involved are mostly academics.  We got the odd assault on the Heidegger page with attempts to paint Nazi in large capital letters over all his work, but those have been handled.  The articles on systems and complexity are, frankly, crap.  They represent the idiosyncrasies of the editor who first wrote them.  But it’s a new field so the third party, as opposed to primary sources, are weak on the ground; it will get better.

Editing is also fun and interesting in the connections you create.  I’ve met a few editors over the years at meetings and there are far-right editors in the US whose views I despise, but whose ability to abide by the rules means that you can work with them on controversial articles and even build some rapport.   On the downside, I have seen a degree of moral self-righteousness emerge in some administrators of late.  If you handle controversial pages a nomination for Admin is likely to result in your application being mobbed by those whose attempts at propaganda you have thwarted.  So those who get through are more those who avoid conflict and focus on the bureaucracy and they have a tendency to just want to block everyone in a conflict in the hope that it might go away. 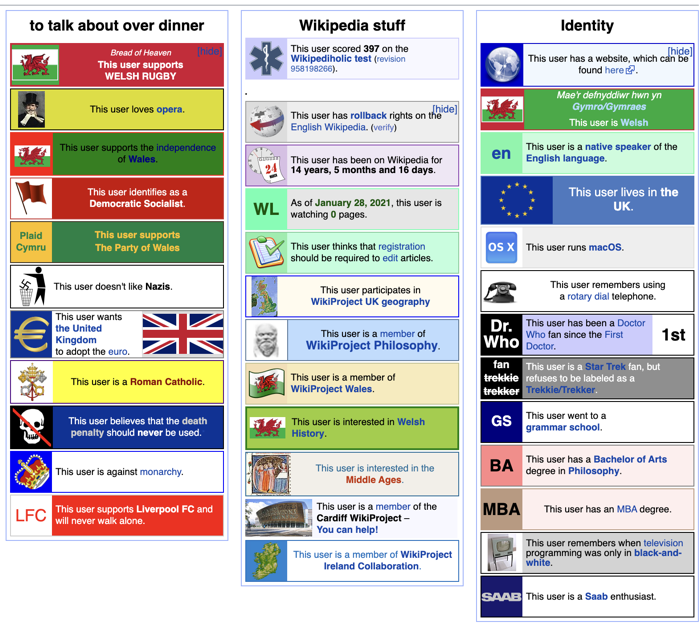 Given that Wikipedia handles a lot of controversial issues that really doesn’t help much, in fact, it encourages passive aggression.  But I and others have made that point, and on my second encounter with Arbcom more senior heads came in to support.  You can also have some fun personalising your user page – mine is shown to the right by way of example.  Seeing that I realise I need to today it up, and one isn’t working.  I am currently watching over fifteen hundred pages, not zero as that one widget suggests, and that is after I pruned over 700 the other day.

The two images I chose for this post, the wonderful library at Trinity and the punishment of Man’s (it was then) hubris by gifting languages to create confusion and a lack of unity, were designed to make a point.  Many people thought, and some still do, that Wikipedia would not be able to achieve coherence due to that diversity.  They were, and are wrong.  Equally, Wikipedia will never be the organised and structured Library, some of it is and well-curated, other aspects are messy, more like piles of papers and other material handing around waiting for people to pay attention to it.  Wikipedia is not a replication of something that was into a new virtual environment, instead, it is a reimagining of what that means.  During the last year of virtual conferences, I have got increasingly frustrated with virtual environments that seek to replicate the physical in two dimensions.  It doesn’t work and it is a missed opportunity to reimagine and repurpose the way we interact and gain meaning and understanding.

But it is more than that, new forms create new affordances.  There are some features of a wiki that provide very novel ways of working and I am now moving beyond Wikipedia to the wider potential for their use.  This is not a complete list but here are seven that I consider important:

But adoption is an issue, it is (like complexity) a different way of thinking and acting and people seem to love their inefficiencies.  One of my pet bugbears there are people who don’t use style sheets in presentations and documents preferring to format as they go.  It wastes their time but even more so it wastes the time of anyone who has to integrate material from multiple sources.  A small amount of effort in learning and training could save everyone time but the desire to be messy in the wrong way persists.  Wikis are messy in the right way, they allow progress rather than rework.  As a side note there I am still of the opinion that anyone using two carriage returns between paragraphs should be taken out and garrotted for the sake of humanity.

But it is not just the issue of old dogs learning new tricks, it is also a matter of accepting transparency in the development of ideas and peer review of that.  I’ve seen too much of my material cloned and corrupted by multiple copying and mutation of material over many slide sets by individuals and groups.  If all such material starts with an original ‘truth’ that is easily monitored then that is not possible.

For many of the reasons stated above, and some more that I will return to, we are in the process of moving all of our methods into a new wiki.  It not yet fully ready for mass participation but people in the network are involved and I am happy to set up new editors if you send me an email.   Aside from the methods themselves, I have also started to use the wiki for my CV, list of publications, and also lectures I have given. That may make life easier for conference organisers.  From a Cynefin Centre perspective, we are putting the plans for our quarterly books on different subjects there with detailed chapter planning.  We may be missing people or ideas that would be useful on those books, hence opening them up to the wider public at the planning stage.

The other aspect of this is the issue of ownership.  I’ve had bitter experiences on IP issues in the past, from downright theft to trolls claiming I didn’t originate the Cynefin framework.  If you keep things behind firewalls they get out anyway and then people can recreate them without acknowledgment.  That has happened a lot as well with the odd acknowledgment in six-point type on page 543 as a token gesture.  It also means that when people such as Liberating Structures take a method and simplify it to fit on a playing card, that the wider richness of the idea will also be available to the enquiring mind.  That might read as a little snarky, but having lived through Future Backwards being completely misinterpreted in Malmo a year ago I’m a little sensitive!

The field guide to managing in complexity

Very specifically I should next week be announcing the publication of Managing complexity (and chaos) in times of crisis: A field guide for decision-makers inspired by the Cynefin framework  This is a shared effort between the Joint Research Centre (JRC), the European Commission’s science and knowledge service, and the Cynefin Centre.  It is jointly authored by myself and Alessandro Rancati.  All of the methods and concepts behind that will be in the new wiki and there is a special offer of free training (by me which may be good or bad) for a limited number of people prepared to use that training to complete the wiki documentation.  More on that next week but open to volunteers now.  But please, we need to assume some base knowledge of Cynefin and complexity in participants and you will also have to be a premium member.  If you want the basic training then Basecamp is the place to go.

The Tower of Babel painting is used under license from iStock

My last post compared two approaches to protecting walkers from mountain weather.  For those of ...

Before going into the meat of this section, let’s talk about triads and dyads a ...